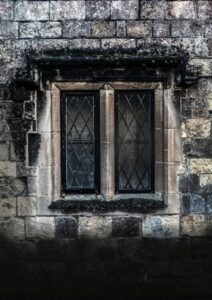 “Murder at Farthingay Manor” is a murder mystery game for 6 people, all of whom are given a character in the plot. They have been invited to attend a country house weekend in England in August,1924. They do not know their host, Lord Farthing. They do not know each other. So why were they invited? As the plot unfolds, they gradually find out…

The murder mystery is usually run over a meal, but if you are feeling particularly adventurous, you can run it in short bursts over a whole weekend. The characters include a vicar, a nun, a countess and a butler. All, of course, have dark secrets to hide. But who is the murderer? How is the King of Ruritania involved? And how many characters survive till the end?

How Does It Work?

This game is ideal if you are moving from the more traditional boxed games and want to keep with the same idea of a murder mystery unfolding in rounds. Each guest knows their character before the evening and will receive a booklet from you at the start of the night. As the guests move from course to course, the next part of the mystery is revealed as they read the next part of their character clues.

Usually the game lasts about 2 hours over a meal.

How is the game delivered?

Games are delivered in downloadable PDF files immediately on purchase. No waiting for the postman. See the free PDF introduction here.